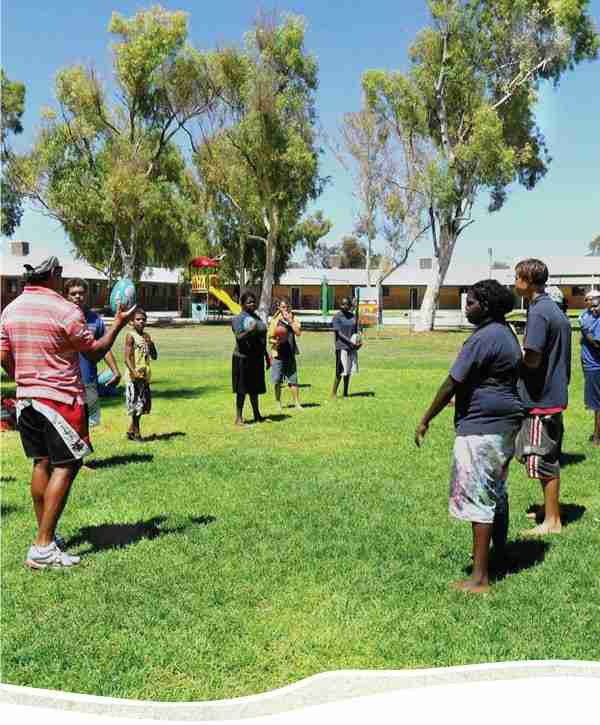 its people for work today

them with skills for tomorrow

a hope for eternity

AN OASIS IN THE DESERT

Karalundi College is a 7-10 co-educational boarding school for Aboriginal students situated as an ‘oasis in the desert’, 60kms north of Meekatharra, Western Australia. It is a mandated drug and alcohol free, Christian community.

The Community is built around an independent parent controlled school. We endeavour to bring the best of education to students of surrounding towns to provide a unique experience and upbringing.

Our school challenges our students to the best of their abilities, where they can learn and work in a safe and caring environment that focuses on building their success and strength of character.

We are built on the pride of Aboriginal culture & heritage, as well as a fortified Christian mission.

Karalundi is recognised as a leading indigenous boarding school and community here in WA, and we have never lost sight of our founding vision, with our students, staff and families alike continuing to be enriched in the spiritual aspects of our vision. 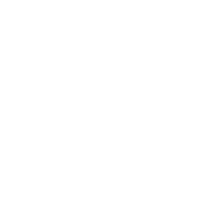 Respect for our fellowman and their property, the sanctity of life, uniqueness of each individual, and know God of the universe and Saviour of mankind. Because we are made in the image of God and are the temple of the Holy Spirit, we will promote a healthy, hygienic lifestyle free of addictions, abuse and an unhealthy attitude. 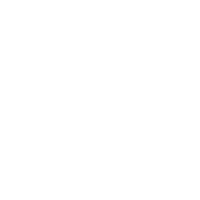 Responsibility of the individual while maintaining Integrity, Honesty, Decency and Honour at all times. We commit ourselves to encouraging and maintaining a constructive work ethic within a structured and caring environment of useful life skills. 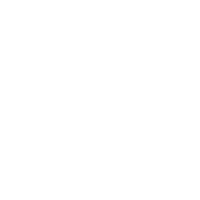 Recognition of the need to learn, grow, work, foster diversity, provide support, encourage personal and community growth – while modeling self-sustainability in a disposable world of waste. We maintain the attitude of selfless service to others is primary growth in ones abilities essential and a willing availability is mandatory.

To make Karalundi College a place which promotes the balanced development of every student, building a community of faith and instilling in each student values and skills resulting in resilience, good citizenship, personal achievement and practical concern for others.

Karalundi has had rich history – to say it is just an educational institute would be an understatement. Read our history as a mission below. 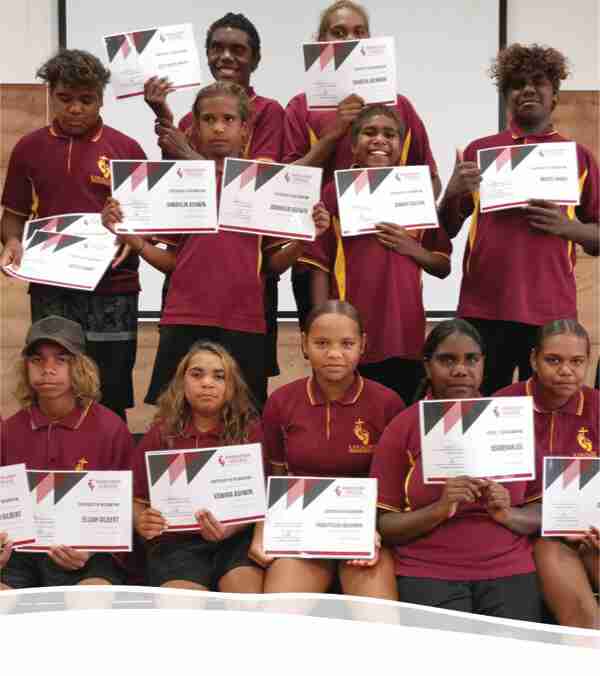 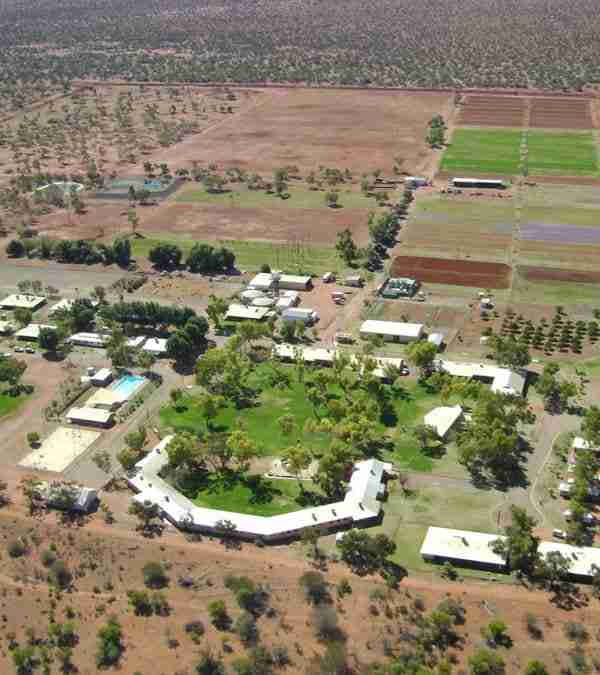 Karalundi came into existence in 1954 as an Aboriginal boarding school run by the Seventh-day Adventist Church in Western Australia. The property is some 55 kilometres north of Meekatharra.

It was begun after its founder Pastor Dudley Vaughan was challenged to begin such a work by Avy Curley. Avy Curley was married to George Curley in 1927 and raised eighteen children in Western Australia.

During times of uncertainty, Avy Curley worked whenever the opportunity was available to provide for her children. Her parents were Charlie and Bessie Cameron and they worked on cattle stations around Geraldton. Avy’s artwork and handicraft skills gained her employment at a school teaching Aboriginal art. She presented Prince Charles with a carved Emu egg upon his travel to Meekatharra.

The school served the Murchison, Upper Gascoyne, Pilbara and Western Desert regions. Classes began in September 1954, with a focus on literacy, numeracy and practical skills.

During its early years of operation, Karalundi was rated by the WA Department of Education as a “most efficient establishment” and commended for the “relatively high standard of attainment” by students.

Karalundi was closed in September 1974 in a government move to phase out church involvement in indigenous affairs. The property was sold into private hands and operated as a farm-stay enterprise for 12 years.

In the early 1980s, many past students came to recognise that under the state system, their children’s education was inferior to their own. These parents, in the spirit of self-determination, lobbied the state government for Karalundi to reopen as an independent parent-controlled Christian Aboriginal boarding school, where children would be educated away from the problems associated with alcohol abuse and gain an education focusing on practical life skills, as well as literacy and numeracy. The advocacy group was supported by the Seventh-day Adventist Church and, in August 1986, Karalundi was reopened as such.

Today it continues to serve the academic and spiritual needs of the Aboriginal people of Western Australia.

Want to join the community at Karalundi? Chat to the team to learn more, or download an enrolment form below.
ENROL NOW

Karalundi has a licensed caravan park with grassed campsites, onsite cabins and powered sites for caravans and camper-vans and big rigs.
FIND OUT MORE 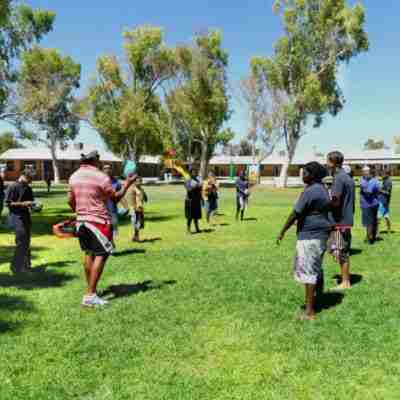 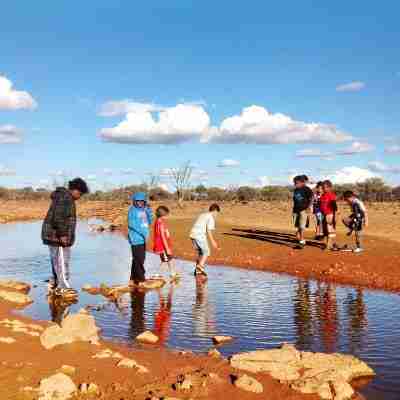 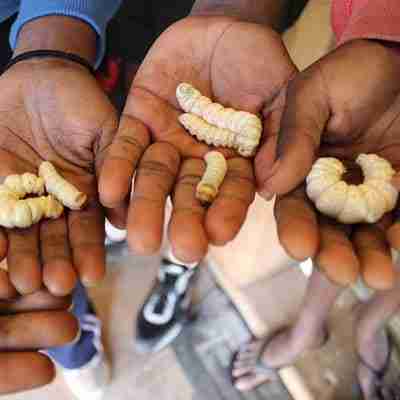 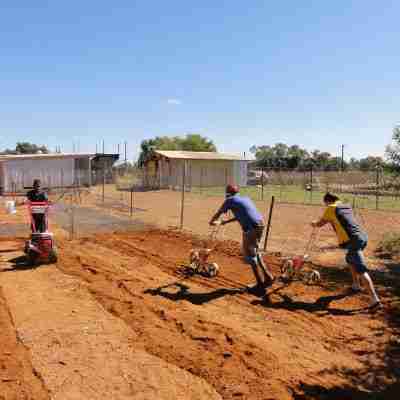